Most people have come to use the abbreviation GPS universally for any type of satellite navigation. This however is slightly off the mark, as GPS which stands for Global Positioning System is just one of the many GNSS or global navigation satellite systems. GPS is in fact the American version of global navigation satellite system which currently uses a system of thirty one satellites orbiting earth in order to maintain and provide circumferential navigation anywhere on the globe. The American military began working on GNSS systems as early as the nineteen sixties, however there were some serious limitations and drawbacks which had to be overcome if one such systems was actually going to work. 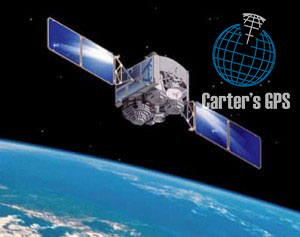 The founding technology on which the original GPS was based were ground based radio navigation systems such as LORAN and DECCA. Both of these were developed in the nineteen forties for military needs of the Royal British Navy during World War II.

The actual development of the GPS took some serious science and technology effort. Things like the Doppler Effect, the Russian Sputnik launch, advanced radio wave transmissions and atomic clock relativity on Earth and in space, all played a role in development of GPS. The first ever global navigation satellite system (an early predecessor of GPS) was launched by the US military in the early nineteen sixties. It was called TRANSIT and used a constellation of five satellites orbiting Earth and provided a fix on tracked objects once about every one hour. In the years to follow, there were a number of other developments and improvements to exciting global tracking systems, either by the US Navy or Military, which eventually all consolidated into GPS.

In nineteen seventy three, the military elaborated on earlier research and engineering of navigation systems and were able to come up with a proper system that did the job right – that was GPS. Originally, GPS included twenty four satellites. In the twenty years to follow the Department of Defence (DOD) launched another six satellites, bringing their total number to thirty one. GPS was officially completed and became fully operational in nineteen ninety five. In its true essence, GPS is a space-based navigation system providing location and time information about tracked objects in all weather conditions and time of day/night.

GPS also provides the same information about objects in lower earth orbit and in the air space below, so the system is able to track aircraft as well as other satellites. For GPS to work properly and provide up to date, accurate data on tracked objects, it needs to have unobscured line of sight of at least four of its satellites. In other words, at least four satellites need to be in range and ‘seeing’ the object being tracked. Although originally intended for military purposes, GPS actually went civil and commercial in the last twenty years, and not serves not only the Army but also commercial aviation, and civilians all around the world. The US military maintains and operates the system, and has made it freely available to anyone and anything with a GPS receiver.

Although GPS is a great thing, it is in fact an ageing system which is having some hard time meeting the increasing commercial and military demands of Earth. In result, the US government undertook a major upgrade of GPS which begun in the late nineteen nineties. The original infrastructure and technology was replaced by new generation equipment and advances of technology have allowed for the old systems to become GPS Block IIIA or simply GPS III, making it much more powerful and accurate.