Another variation of GNSS or global navigation satellite system is the Russian GLONASS. The abbreviation stands for Global Navigation Sputnik System (of course it spells differently in Russian – Globalnaya navigatsionnaya sputnikovaya Sistema).  GLONASS is the Russian equivalent of the American GPS and happens to be one of the most reliable and widely used space based navigation systems in the world. Developed by, and for the needs of the Russian Aerospace Defence Forces, GLONASS is now used for various commercial and peace time purposes all across the world. 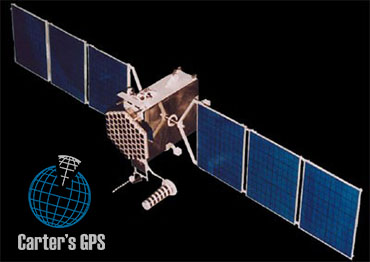 Development of GLONASS began in the soviet era, the USSR started the project in nineteen seventy eight. Four years later, in nineteen eighty two the soviets began a large campaign of multiple satellite launches which finished in nineteen ninety five, bringing the total number of satellites in the GLONASS constellation to twenty nine. For a period of time, GLONASS was gaining strength and increasing its capacity, however in the late nineteen nineties, GLONASS found itself on hard times, and its capacity was somewhat diminished. Then new Russian president Vladimir Putin, made revival and modernisation of GLONASS a top government priority and redirected massive funding back to the project. In only a couple of years, GLONASS was up and running like never before. By two thousand ten GLONASS had complete coverage of the entire Russian Federation. In the twelve months to follow, the system had full global coverage. GLONASS is the most expensive project and system of the Russian Federal Space Agency and gulps a third of its budget every year. However this is money well spent. The latest version of the system, following a series of upgrades is GLONASS-K.

The inception and design of the Russian GLONASS goes back to the late nineteen sixties, early seventies, when soviet rulers commissioned the project of a satellite based radio navigation system for military purposes. The first ever such system put in place by the USSR was Tsiklon. The original intent of the system was to provide ballistic nuclear submarines with an accurate positioning method. The first satellites of the Tsiklon constellation were launched into orbit from nineteen sixty eight, to nineteen seventy eight. The Tsiklon was a highly effective system which provided accurate data on stationary and slow moving objects, but one of its problems was that the receiving station needed several hours of active observation to analyse and pinpoint a given object’s position and course. 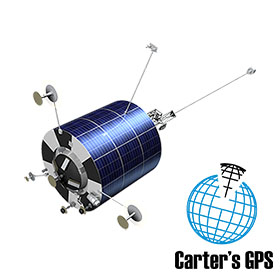 This made Tsiklon unusable for navigation of faster paced objects and high velocity ones like ballistic missiles for instance. In result, the USSR government decided to overhaul the entire system and come up with a new, more advanced technology for the project, and so they did. In the nineteen seventies, the soviet government complete the first generation of the new system – GLONASS (then called Unified Space Navigation System). The word Unified was crucial in this case, as the new system was to serve the needs of Soviet ground forces, navy and air force.

Today GLONASS is invaluable, especially for commercial and civilian purposes (of course the Russian Military uses GLONASS to its full capabilities for their own needs). Mobile devices and navigation receivers built after 2015 are programmed to use a combination of GLONASS and GPS satellite signals, allowing for super quick and super accurate object positioning (up to 2 metres in heavily urbanised areas, something unthinkable before). Interestingly enough, GLONASS was originally designed to have an accuracy of up to 65 metres, but in fact the system had up to 20 metres accuracy for civilian needs, and up to 10 metres for military purposes. The most recent GLONASS satellite launch took place in early 2016.