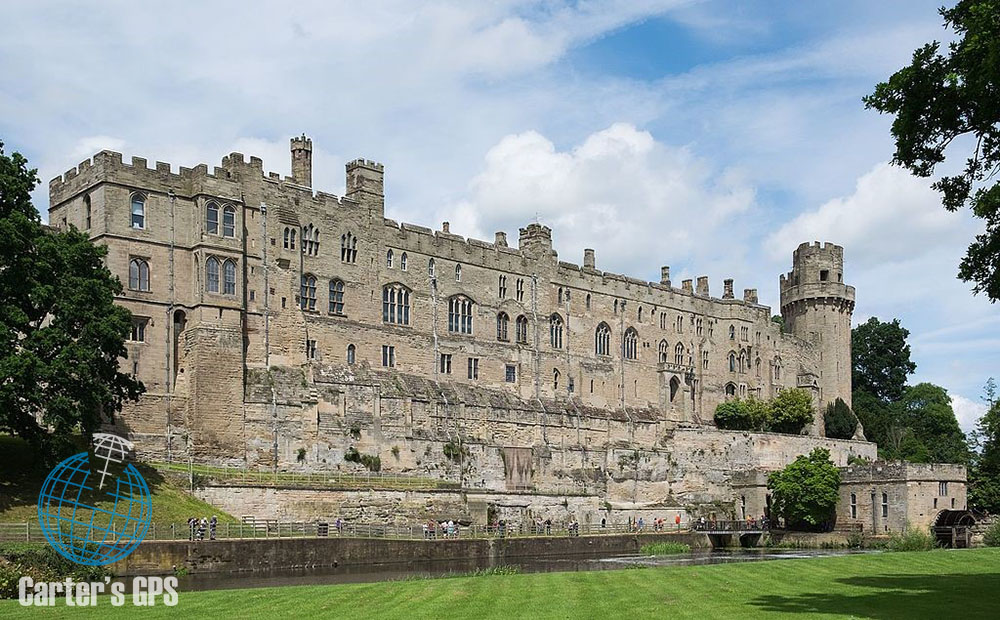 Britain is one of the most interesting and historically rich areas of Europe. The United Kingdom is home to an abundance of landmarks, monument, historical sites and parklands that you will want to experience in person. Here are eight places that you must see during your time in Britain.

Bath is the largest city in the county of Somerset in the southwestern parts of the United Kingdom. It is a settlement of international cultural significance, which is why it was recognised in 1987 as a UNESCO World Heritage Site. The Roman Baths are beyond any doubt the most famous landmarks of the city. They showcase how public bathing was done from Roman times up until the 19th century. The baths are situated bellow modern street level and can be accessed via a number of edifices. The Roman Baths are visited by more than one million people on a yearly basis.

The University of Cambridge is the second oldest higher education facility in the English-speaking world. It is also Britain’s main public research centre, which make it one of the most important and significant, scientific and educational institutions in Europe and the world. As the name suggest, the university is based in the charming and quaint town of Cambridge. This means that there are plenty of interesting things to do, even if you are not a student at one of the 31 colleges that are part of the University of Cambridge.  At the very least, by visiting the town you will get to see where some of the brightest minds in the history of humankind used to study and live.

Located in Cornwall, The Eden Project is a popular greenhouse complex that comprises of two biomes. The facility houses a large collection of plants, which are endemic to different climatic regions and environments throughout the globe. The complex was designed by Nicholas Grimshaw and opened doors in 2001. It is currently one of the most visited places of interest in the south western parts of the United Kingdom.

Also known as the Roman Wall, Hadrian’s Wall is a defensive fortification that was created by the Romans during AD 122. The structure ran from Solway Firth to the banks of the River Tyne and marked the northernmost boundary of the Roman Empire. Throughout the years, some parts of the wall have succumbed to the test of time and the natural elements but a significant portion of it still stands. Hadrian’s Wall is the largest Roman artefact in the world and spans for a total of 73 miles. It was listed as a World Heritage Site by UNESCO in 1987.

Malvern Hills is one of Britain’s most marvellous and awe-inspiring natural landmarks. The range is situated in the counties of Herefordshire, Worcestershire and a small portion of Gloucestershire. It is home to some of the oldest rock formations in the United Kingdom. The Uriconian rocks are certainly the most famous cliffs in the area as they are approximately 680 million years old. Hikers from all over the globe favour the Malvern Hills, so if you are looking to escape from the city and spend some time surrounded by nature, you should definitely include this majestic range into your itinerary.

The British capital is presently the most visited city in the world. It is also one of the most multicultural and multi-ethnic urban areas of the planet. The city has plenty to offer to both visitors and Londoners, as it is the location of numerous internationally renowned landmarks including four UNESCO World Heritage Sites. Some of the most prominent attractions in London are:

Aside of beautiful buildings and scenic parklands, the English capital has also a vibrant and dynamic lifestyle, which is appealing to people who are looking to change their surroundings. Fortunately, newcomers don’t have to go through a lengthy and complicated moving process as they can easily relocate to a nice part of the city by using South London Van removals services.

The Lake District National Park lies in North West England and is known throughout the globe for its fascinating lakes, forests and mountains. Its highest point is Scafell Pike (978 metres) and provides staggering vistas of the parkland that spreads over an area of 2.362 square kilometres. It is also the location of the longest and deepest lakes in England, respectively Windermere and Wast Water. The British authorities are trying to obtain World Heritage Status for the Lake District National Park.

Built by William the Conqueror in 1068, Warwick Castle was originally a motte-and-bailey fortification. It was rebuilt in stone during the 12th century and during the Hundred Years War, its façade opposing the town had to be refortified. Warwick Castle was used a stronghold until the early 17th century when it was converted into a county house after King James I gave it to Sir Fulke Greville. During the late 1970s, the structure was acquired by the Tussauds Group and become the property of Merlin Entertainment after the merged of both companies. Although it is privately owned, the castle is open to the public and according to numerous architectural expert is one of the best-preserved examples of 14th century military architecture.